Join us as we celebrate the 41st Anniversary Celebration & Awards Dinner. This year's theme is Kansha: An Appreciation for the Past, Present, and Future. Kansha, meaning, "thanks", "appreciation" or "gratitude" will highlight the program where we will thank and honor the vision, commitment, and perseverance of our honorees.

We invite you to a special evening of alfresco dining, musical tributes, and a live auction. We are excited for you to return to JACCC and help celebrate decades of our rich cultural tradition of promoting and presenting Japanese and Japanese American arts and culture.

Thank You to Our

MUFG Union Bank has a rich and long history as the bank played an active role of the early economic growth and success of California. In our commitment to sustaining this legacy and acting as a catalyst for change, the bank continues to make philanthropic investments with a focus towards access to economic opportunity and bolstering the long-term prosperity of the many communities we serve.

For over 40 years, the bank and its employees have been strong supporters of the JACCC, and are proud to have been a contributor, alongside other Japanese corporations, to the capital campaign which brought to life what we know today as the JACCC campus. 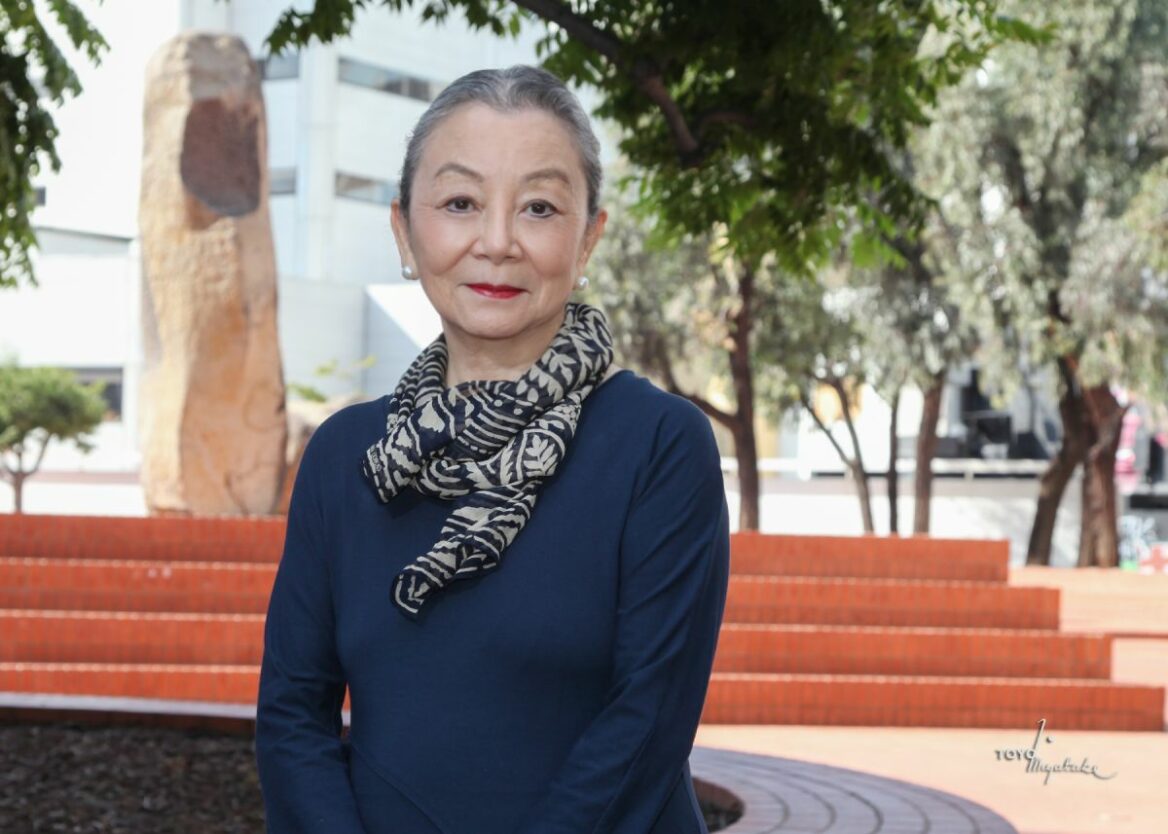 Kathryn Doi Todd is a retired Associate Justice of the California Court of Appeal, Division Two. She was born in Los Angeles, California in 1942, and interned at Heart Mountain and Tule Lake. After graduating from Stanford University and earning her JD from Loyola Law School in 1970, she was an attorney in Little Tokyo and a founding member of the Japanese American Bar Association. In 1978, Governor Jerry Brown appointed her to the Los Angeles County Municipal Court, the first female Asian American judge in the United States. She was then one of 8 judges who incorporated the National Association of Women Judges in 1979. Brown then elevated her to the LA County Superior Court in 1981, and in 2000 Governor Gray Davis appointed her to the California Court of Appeal, Division Two. Doi Todd retired in 2013, after 35 years on the bench, and received the Margaret Brent Award from the American Bar Association Commission on Women in the Profession in 2014. As a lover of Japanese arts and culture, she served on the board of directors for 27 years—including as Chair—of the Japanese American Cultural and Community Center from 1983 to 2010. 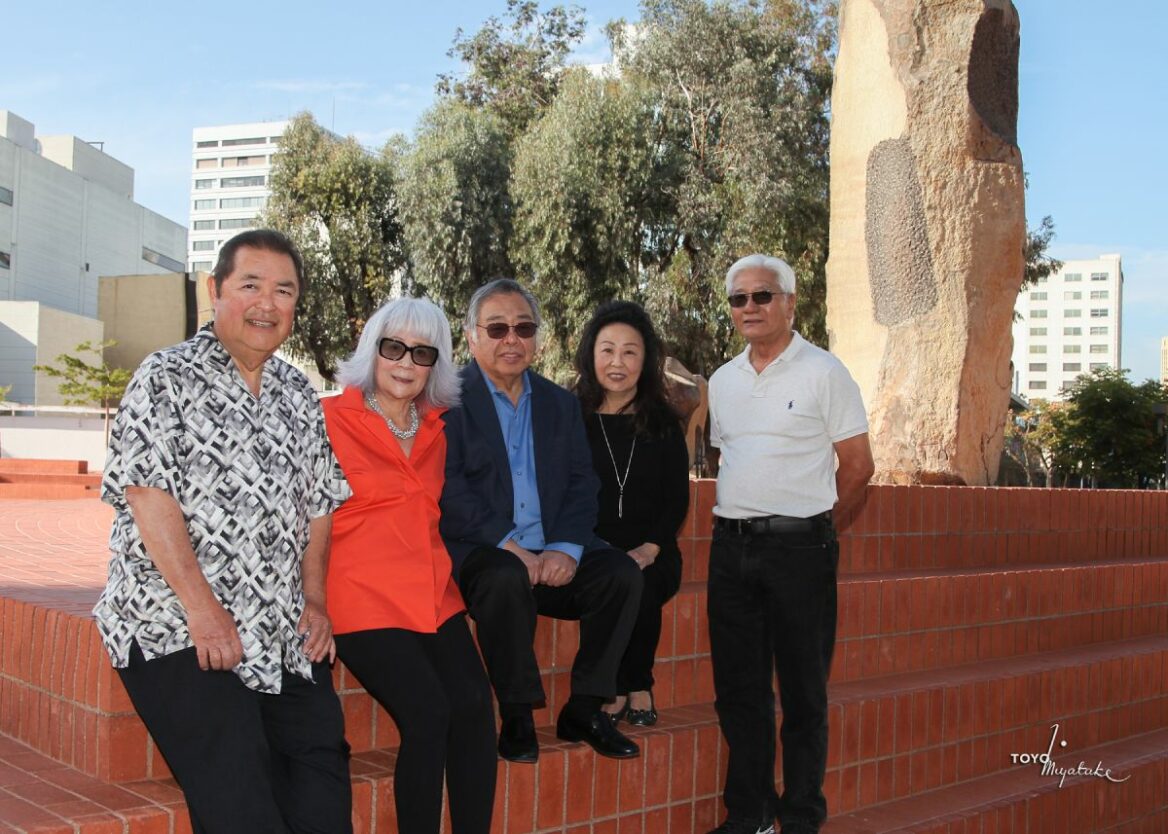 Organized to support JACCC’s Community Programs, AutumnFest at its peak assembled over 400 items, including cars and vacations for its live auction. Also developed to engage young professionals from the greater community, AutumnFest with its unique bento dinners drew as many as 600 people and became an introduction to JACCC’s future supporters.

After over two decades with leadership and staff turnover, AutumnFest finally ran its course. But during the COVID-19 pandemic, when many nonprofit organizations struggled economically, Manaka and his wife Akiko reached out to Sasaki, Shintaku, Kawaguchi and Shishima and others to help JACCC. With only a short planning period, the new AutumnFest Committee created the first virtual event in November of 2020, which netted $150,000.

The 41st Anniversary Celebration & Awards Dinner will recognize the five former co-chairs along with the greater AutumnFest Committee for all that they have done and continue to do for JACCC. 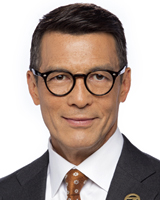 David Ono is the co-anchor for ABC7 Eyewitness News at 4 p.m. and 6 p.m. Since joining ABC7 in 1996, David has witnessed history worldwide, covering Hurricane Katrina, Haiti's earthquake and Japan's tsunami. He traveled across Europe and Asia chronicling brave acts of the Nisei soldier from World War II. He attended the Royal Wedding in London, tracked drug runners through Central America and reported from Paris on a terrorist plot to bring down the Eiffel Tower.

Ono has trained with the FBI and the elite Los Angeles Sheriff's SWAT team. President Obama invited him to the White House for an exclusive interview. And he witnessed white smoke at the Vatican twice - in 2005 for the selection of Pope Benedict the 16th and 2013 for the selection of Pope Francis. Recently, Ono surfaced in Boston, chronicling the marathon bombing. He has won nine Edward R. Murrow awards and 28 Emmys.

David grew up in Texas and is a graduate of the University of North Texas.His career has included stops at KOVR in Sacramento, KDBC in El Paso, KOSA in Midland/Odessa and KXAS in Dallas. He has also hosted ABC7's half-hour show Eye on L.A. 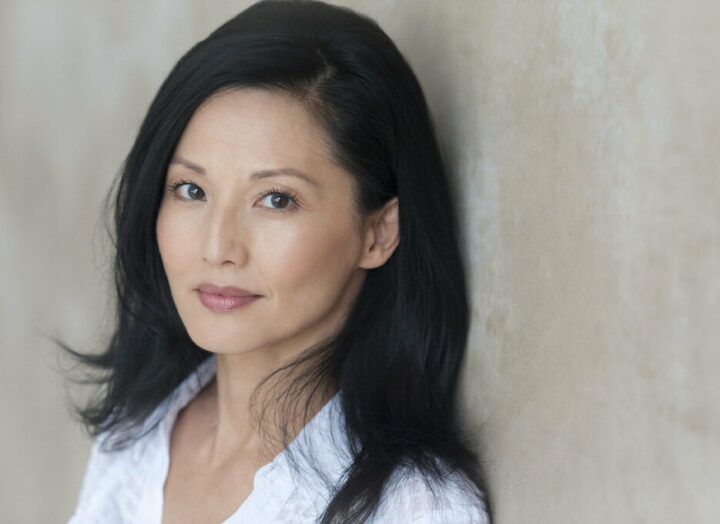 Tamlyn Tomita is perhaps best known for her role in “The Karate Kid, Part 2” which is enjoying its renaissance due to the popularity of “Cobra Kai” on NetFlix. Other projects she is known for are the films: “The Joy Luck Club”; “The Day After Tomorrow”; “Come See the Paradise” and the TV shows: “The Good Doctor”; “The Man in the High Castle”; “Teen Wolf”; “Berlin Station”; “How to Get Away with Murder”; “Glee”; “True Blood”; “Eureka”; “Heroes”; “Criminal Minds”; and “24”. A native Los Angeleno, specifically from the (818) and a proud AAPI embracing her Okinawan, Japanese, and Filipino heritage, she continually advocates for stories to be told from a ‘golden’ perspective. And most importantly, she is a proud and loyal UCLA Bruin. 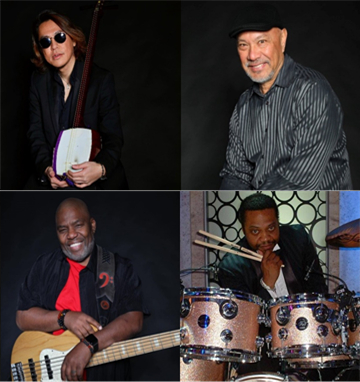 You can make donations to JACCC at any time before or after June 23rd by visiting jaccc41st.givesmart.com.

If you’d like to participate in our auction, you can place bids anytime before it closes on Thursday, June 23 at 7 pm (PST). If you have a maximum spending limit for an auction package, you can set an auto-bid that will automatically increase your bids against competitors until it reaches your maximum limit. If your maximum limit is outbid, you will be notified.

We are only accepting checks by mail in addition to online credit card payments. Please make the check payable to ‘JACCC’ and in the memo, write in the sponsorship level or indicate it’s a donation. To make sure we receive the payment on-time, please send all checks before June 6th.

If you are a sponsor or donating to JACCC, your contribution is tax-deductible (minus goods and services received).

Auction packages won above the fair market value are tax-deductible in the amount of the difference. For federal income tax purposes you may be able to deduct the portion of your purchase price that exceeds the item’s fair market value (FMV), if you paid the excess with the intent to make a charitable contribution. Please note that transaction fees and taxes associated with your contribution are not tax-deductible. For any additional questions, please consult your tax advisor.

Acknowledgment letters and tax receipts will be mailed the week following the event. You will also receive a receipt of your purchases automatically after payment on GiveSmart. To ensure your letter and receipt are correct, please make sure to double check the spelling of your name, address, and email.

For technical questions regarding the usage of the GiveSmart platform, click here to view a video on instructions for registering and making auction bids.

Click here to register. For security reasons, GiveSmart requires separate registrations for each event. If you previously registered for our Virtual AutumnFest or Virtual Gala, you will need to register again for this event.

Yes. Upon checking out, you will need to pay the 3.5% transaction fee for GiveSmart's credit card processing. By paying the transaction fee, you ensure more money goes to JACCC’s mission.

For physical auction items, there will also be a 9.5% CA tax surcharge. For charity auctions in California, the state tax is deducted from the contributions for sales of merchandise in internet, live, and silent auctions. For additional details, read our auction rules and regulations.

To participate in the auction from the convenience of your home, you need to be registered on GiveSmart. Bidders will be responsible for paying immediately upon winning and must coordinate pick-up of their items/certificates from JACCC during the designated times. Instructions will be sent to winners after the auction closes.

To view and bid on auction items, you will need access to a computer or mobile device such as a smartphone or tablet with internet connection. You will be required to enter in your mobile phone number to participate, as you will receive text notifications regarding your bids. We recommend that you check GiveSmart or your text messages periodically to see the status of your bids. If you need any assistance to place bids prior to June 23rd, please contact us at info@jaccc.org.

Once the auction is open for bidding, users have 3 ways to bid:

Yes, all bids are anonymous in GiveSmart. Our online auction's system is set to have all bidders as anonymous. If you see your name it because you are logged into your GiveSmart account. If you check the auction page in 'incognito' mode you'll see that you are anonymous.

Please ask for assistance from our team by emailing info@jaccc.org before Saturday, June 22 at 6 p.m. For additional details, read our auction rules and regulations.

To receive your items, you must pay online by credit card in order to coordinate the pick-up of your item.

Pick up will be on Thursday, June 23 at 7 pm during the Anniv. Dinner. For prior or post-dinner pickup, please contact Akiko Manaka at akiko.manaka@gmail.com before Friday, June 24 at 6 p.m. Large items will need to be transported by special arrangement. Please use the contact info listed above so that we can discuss these details on a case-by-case basis for items that cannot be easily transported by staff for curbside pickup. For additional details, read our auction rules and regulations.