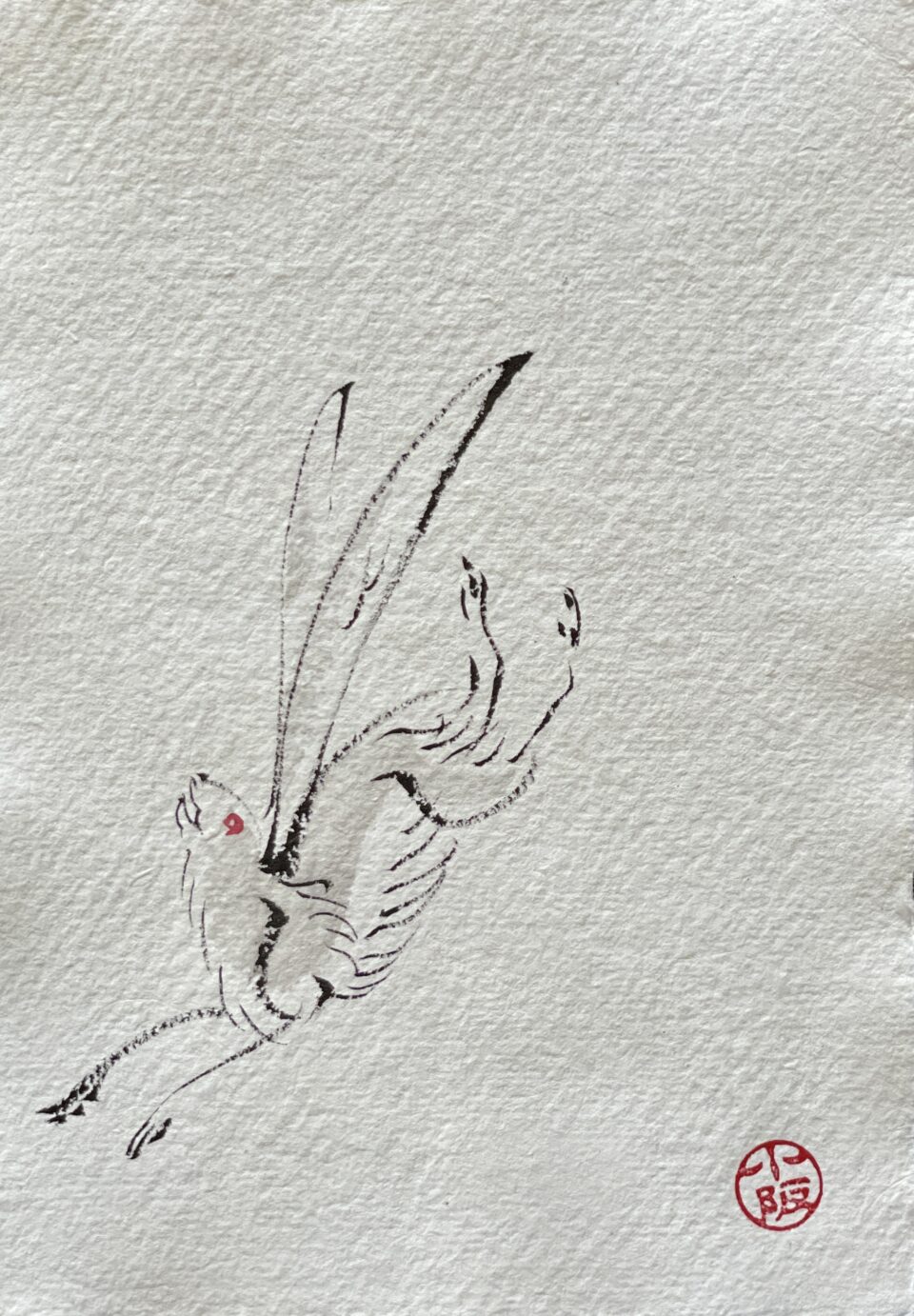 The rabbit is counted as the fourth of twelve signs in the Chinese zodiac. The rabbit has been loved in fairy tales and folklore around the world for its lovely and gentle appearance.

The long ears that gather good fortune and the leaping figure symbolize taking a leap forward. In addition, it is a symbol of fertility and prosperity of offspring because it gives birth to many offspring. The year of the rabbit is said to be the year of visible growth, when plants that have sprouted grow and their stems and leaves become larger.

Everyone has heard the story that a rabbit lives on the moon. In fact, there is a pattern on the surface of the moon that looks like a rabbit making rice cakes. The origin of the Moon Rabbit is a story from the Jataka Myth, an Indian Buddhist sermon. A long time ago, a rabbit, a fox, and a monkey lived together in India. These three animals practiced every day and followed the Bodhisattva path. Taishakuten (The God of Heaven) decided to test them by asking them to find food for him to see if they really had a "Buddha's" heart. The three animals accepted the test. The monkeys brought nuts and fruits, while the fox brought fish. However, the rabbit searched hard in the mountain but could not find anything. So, he asked them to make a fire so that he could look around and find food. While the monkey and the fox were building the fire, the rabbit suddenly jumped into the fire and used his life as food. Teishakuten reverted the rabbit's life and put the rabbit on the moon to set his benevolent behavior as an example for all living creatures.

The person who was born in the year of the Rabbit usually has the personality of quiet, skillful, kind, patient, graceful, and delicate. Each of the zodiacs has a guardian deity, and the guardian deity for the year of the rabbit is Mañju Bosatsu (Mañjuśrī) who is the Buddha of wisdom and talent. It is said that people in the Year of the Rabbit who have the protection of Monju Bosatsu will be successful with their talents.

Let's hope the year of the Rabbit in 2023 will be a big "leap" from the previous years and a year of great improvement in our lives.