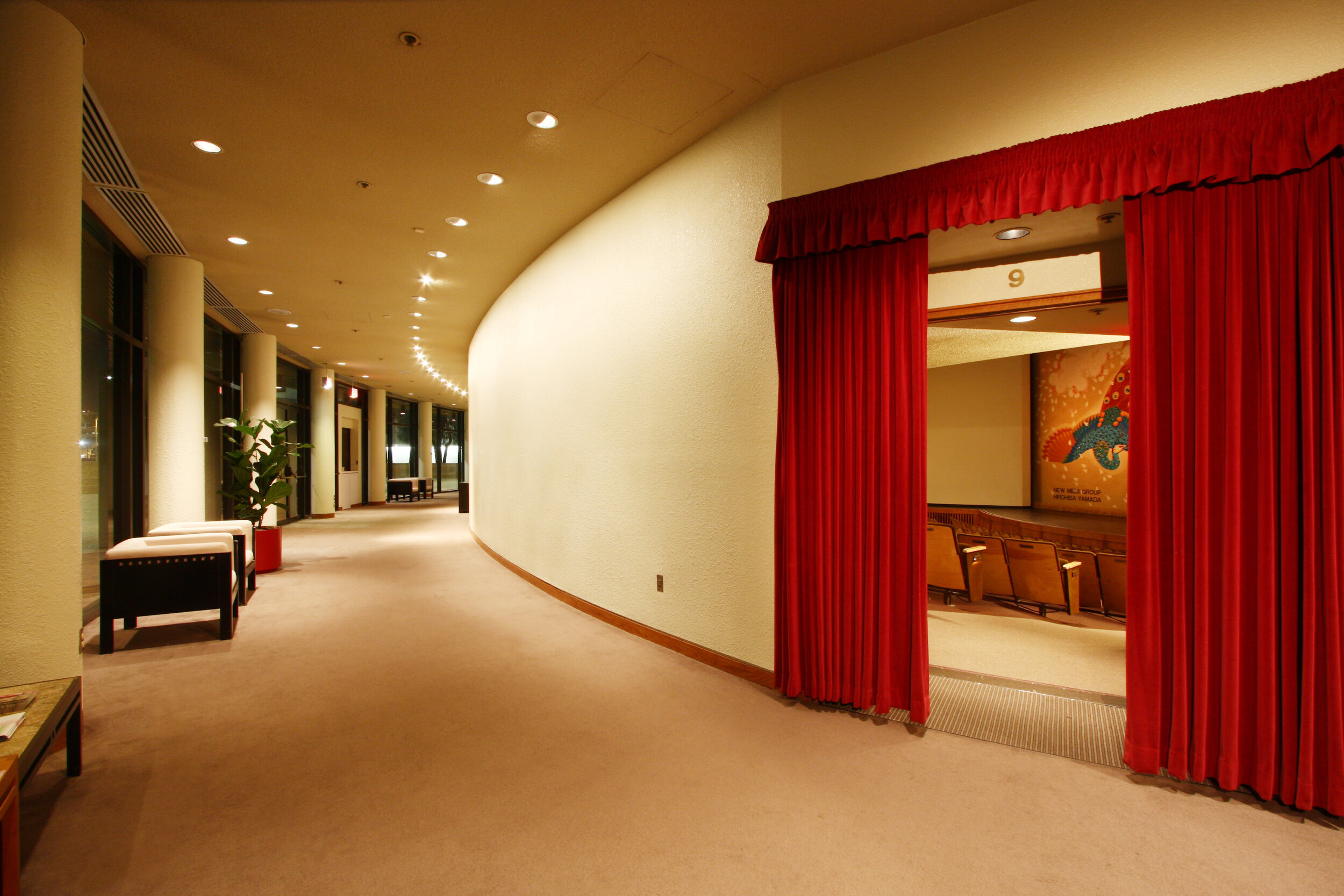 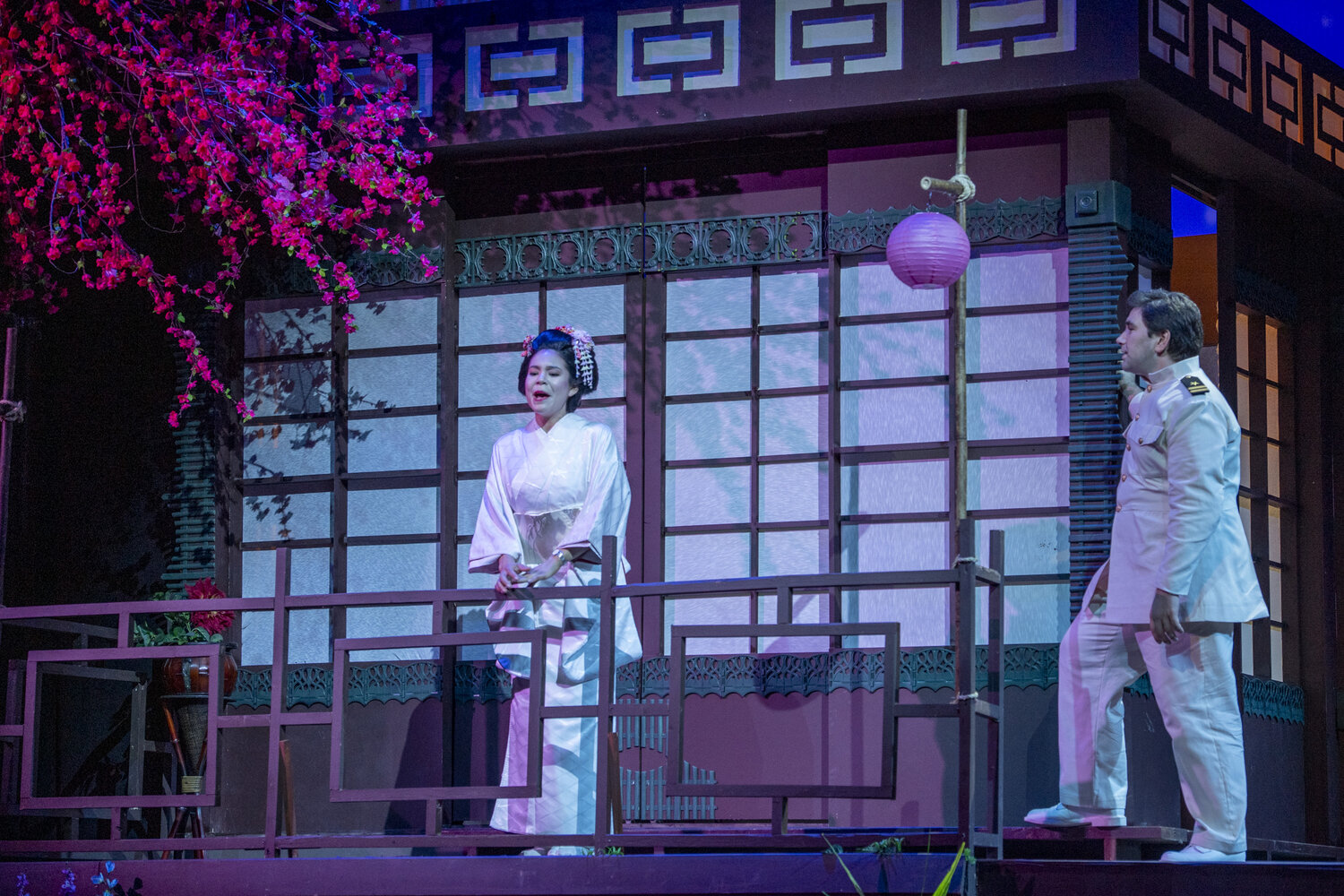 Over the last three-and-a-half decades, JACCC has presented performing and visual arts of the highest artistic excellence from Japan. JACCC was built with the vision of encouraging greater understanding of the culture of Japan in the United States so as to foster mutual respect and continued friendly relations between the two nations. Through its dynamic programming, JACCC continues to be a place that builds relationships across organizations on the local and international level and bridges diverse ethnic populations, such as the Latino and other Asian communities regionally, thus creating shared connections across cultures.

Holding its gala grand opening in April 1983, with Kabuki from the National Theatre of Japan, the Aratani Theatre has been a cultural pillar in Little Tokyo for the last three decades. More than $4.2 million of the $6.4 million cost of the Theatre was raised in Japan by a group headed by former Ambassador to the United States, Nobuhiko Ushiba, and Shintaro Fukushima, chairman of the Japan Times. Today, the Aratani Theatre continues to be at the epicenter of Japanese and Japanese American performing arts, and it is also shared by the arts community to showcase the vibrancy and diverse cultures of Southern California and beyond. Fan-shaped with good sightlines unhampered by posts, it is a perfect, intimate and comfortable venue for chamber music, dance and drama.

Since 2014, JACCC and our supporters helped to complete a new phase of technical upgrades in the Aratani Theatre. Their generous support has helped to infuse the theatre with its new sound, lights, rigging, soft goods and projection systems. The Aratani Theatre Lighting Upgrade Project was been made possible in part by generous support from George, Ruri, Lisa & Nathan Sugimoto, the Ahmanson Foundation, Aratani Foundation, Henry Ota in memory of Sue and Harry Ota, Akira Uehara, Kawaguchi-Kihara Memorial Foundation, and the Folick Family.

A partnership between Bose® and JACCC has also made it possible for the Aratani Theatre to be the first performing arts venue in Southern California to house a newly custom-designed Bose® RoomMatch® sound system. A total audio refit was completed in November 2014 with Bose’s innovative technologies, bringing the theatre’s acoustic performance to new levels of excellence. 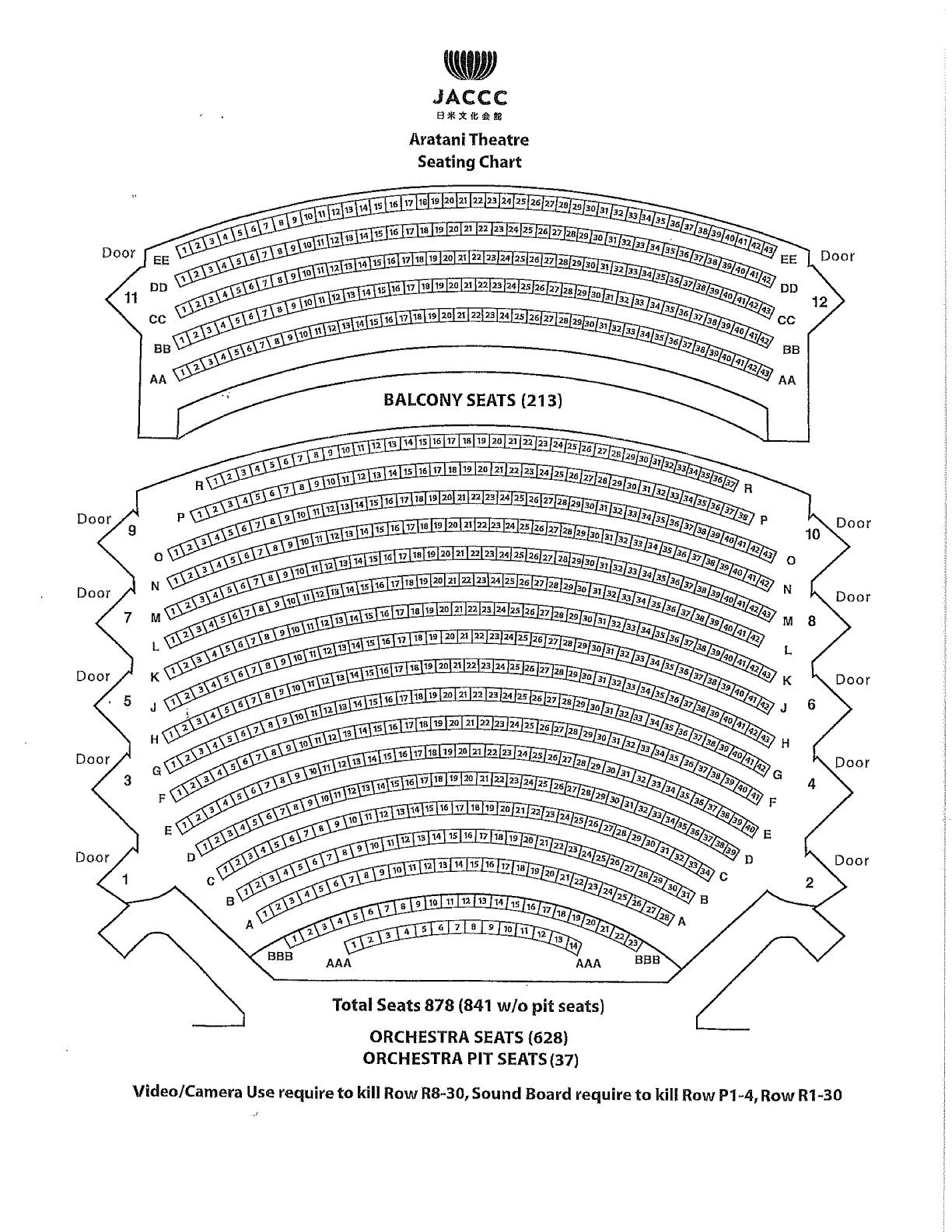 Bose® Roommatch® Line Array System
Thanks to the partnership and generous support of Bose®, the Aratani Theatre now provides the finest listening experience for its audiences and is a premier venue for artists who value quality sound in an intimate environment.

Doncho
Another unique feature of the Theatre is the custom-made doncho (curtain) of handwoven silk, made in Kyoto, featuring a colorful giant peacock soaring over a flurry of cherry blossom petals. The only other donchos in the United States are in the John F. Kennedy Center for the Performing Arts in Washington, D.C., and Radio City Music Hall in New York.