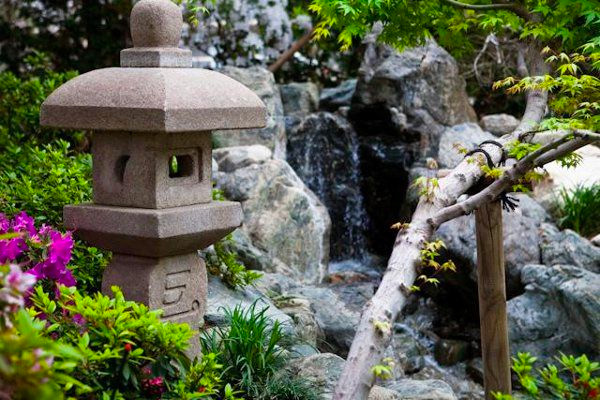 Known in Japanese as Seiryu-en or “Garden of the Clear Stream”, the garden was first completed in 1980 and was constructed for the centennial celebration of the Japanese American community. In September of 1981 the garden received the National Landscape Award from the American Associations of Nurserymen during a White House ceremony. It is the highest award in the nation for environmental improvement and community beautification.

The renovation was led by Dr. Takeo Uesugi, a landscape architect who designed the original garden in 1980. Also on hand were many of the original gardeners and landscapers. Dr. Uesugi drew inspiration for the renovation from the Manyoshu, a Nara-period anthology of Japanese poetry. Perhaps the most modern renovation to the garden is the inclusion of eco-friendly engineering. With a low water-use irrigation system designed to recycle stream water and solar powered lights along the footpath, the garden is, in every sense of the word, “green”.

The basic layout of the garden, however, remains unchanged. As in the original design, the path of the “clear stream”, featuring a 170 ft. stream flowing from a waterfall at the upper reaches of the garden symbolizes the journey of successive generations of Japanese in America. The rushing fall of water in the upper portion of the garden represents the struggles of the Issei generation against economic hardship and prejudices in a new land. The stream then divides into two, signifying the political and cultural conflicts experienced by second generation Nisei, finally ending in a calm pond, symbolizing hope and peace for the Sansei and future generations.

In March 2009, the JACCC began to offer the Garden for private use, to the general public. The space is available for wedding ceremonies, small concerts, photo shoots, filming, receptions and other special events. 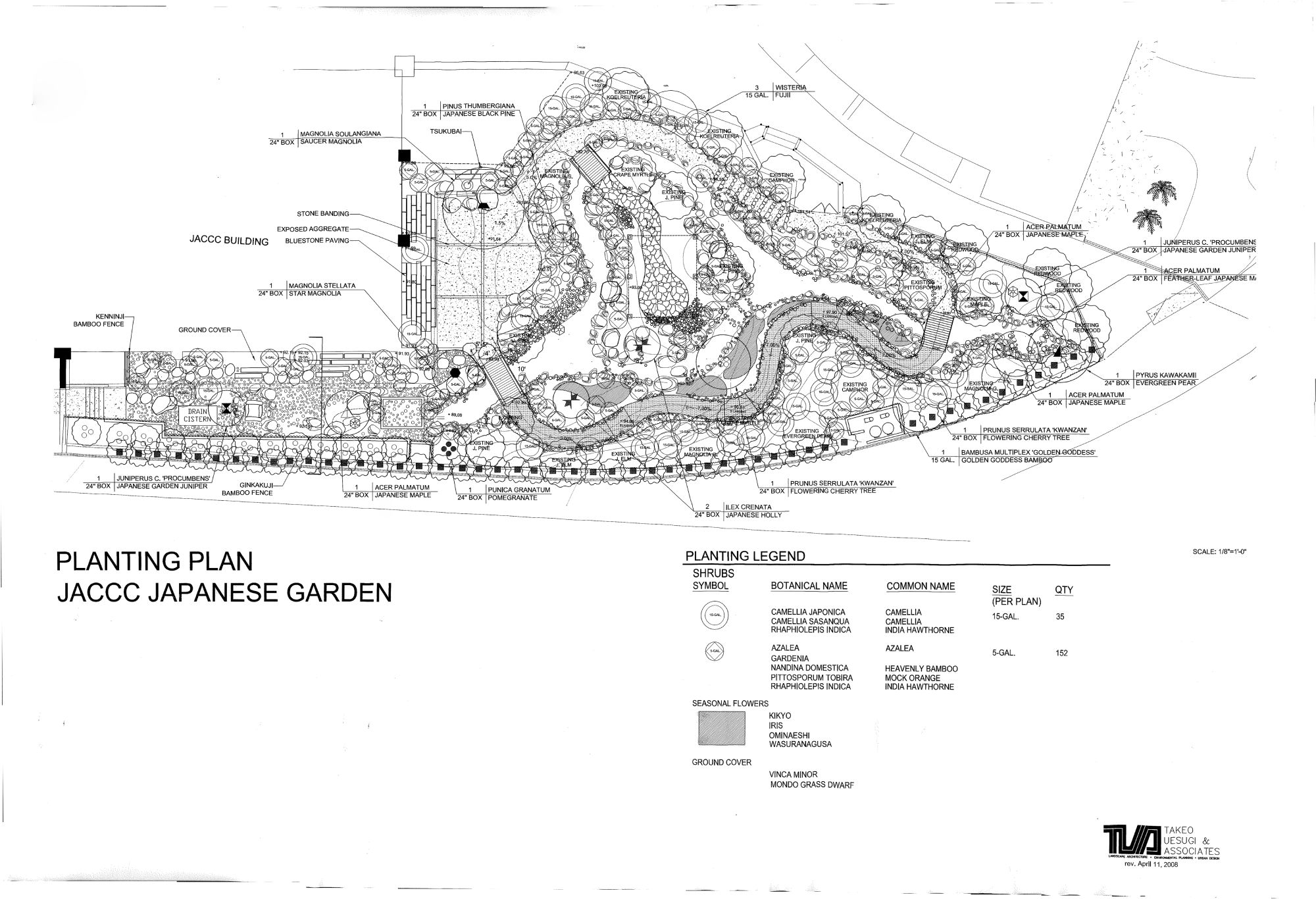