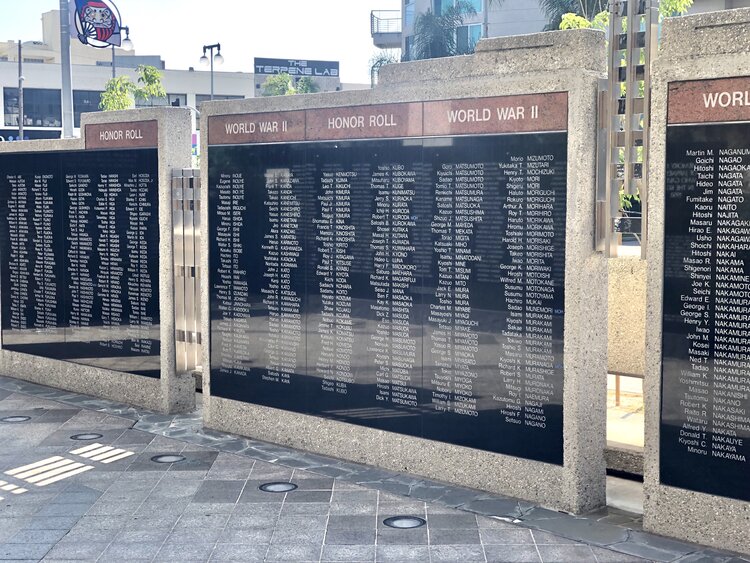 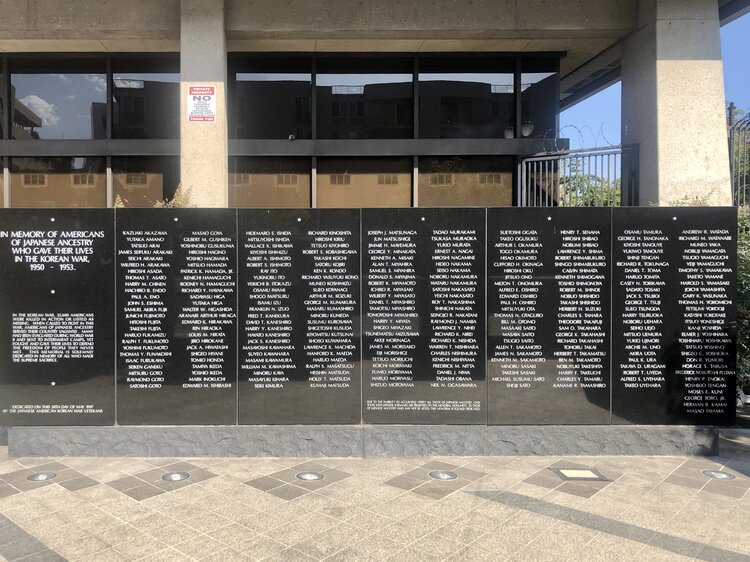 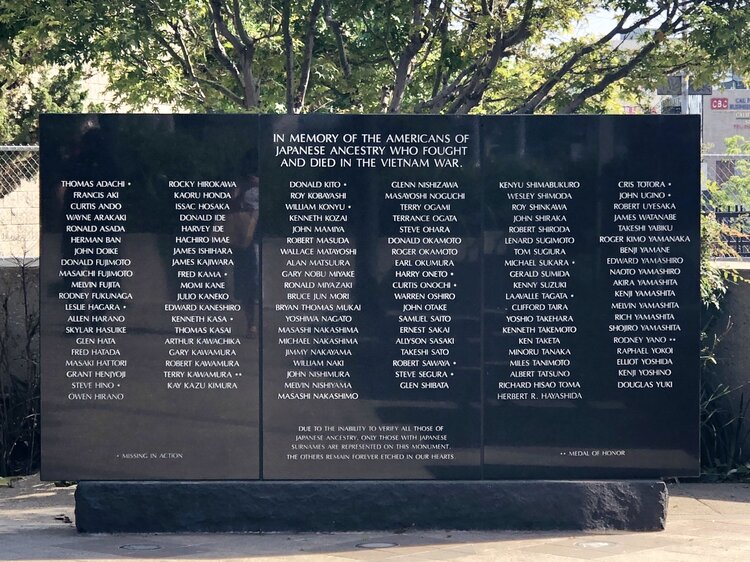 In 1988 the Japanese American Vietnam Veterans Memorial Committee held a joint fundraising dinner with Keiro Services to raise money to build a memorial to their fellow Americans of Japanese Ancestry who gave their lives in the Vietnam War. After this successful fundraiser and compiled list of names, the committee began searching for a suitable location to build the memorial. This proved to be a formidable task. Confronted by bureaucratic red tape and residual controversy surrounding the Vietnam War, it took nearly seven years to find a home for the memorial. It was the Japanese American Cultural and Community Center of Los Angeles that came to the rescue of the Vietnam veterans. Under then-President Min Tonai, JACCC allowed the memorial to be erected on the west side of their property at 244 S. San Pedro Street, appropriately in the heart of Little Tokyo. For their generosity and support the Japanese Americans Vietnam veterans will always be grateful. The Japanese American VietnamVeterans Memorial was dedicated in 1995.

Text on plaque: Dedicated in honor of the Americans of Japanese heritage who gave their lives in the defense of our Country and the freedom of other nations. May their sacrifice be honored and remembered forever. To forget will be a dishonor. To remember will be everlasting.

"The Veterans Memorial Court Alliance was formed to bring together representatives of the three founding groups in the common cause of preserving both the physical edifice and the legacy of the Memorial Court for generations to come. The mission of the organization is to ensure that the Memorial Court is maintained for future generations in a manner that honors the sacrifice and patriotism of those whose names are etched on the walls and to raise awareness in the community of the contributions Americans of Japanese ancestry have made to the cause of freedom in America and throughout the world." — Veterans Memorial Court Alliance