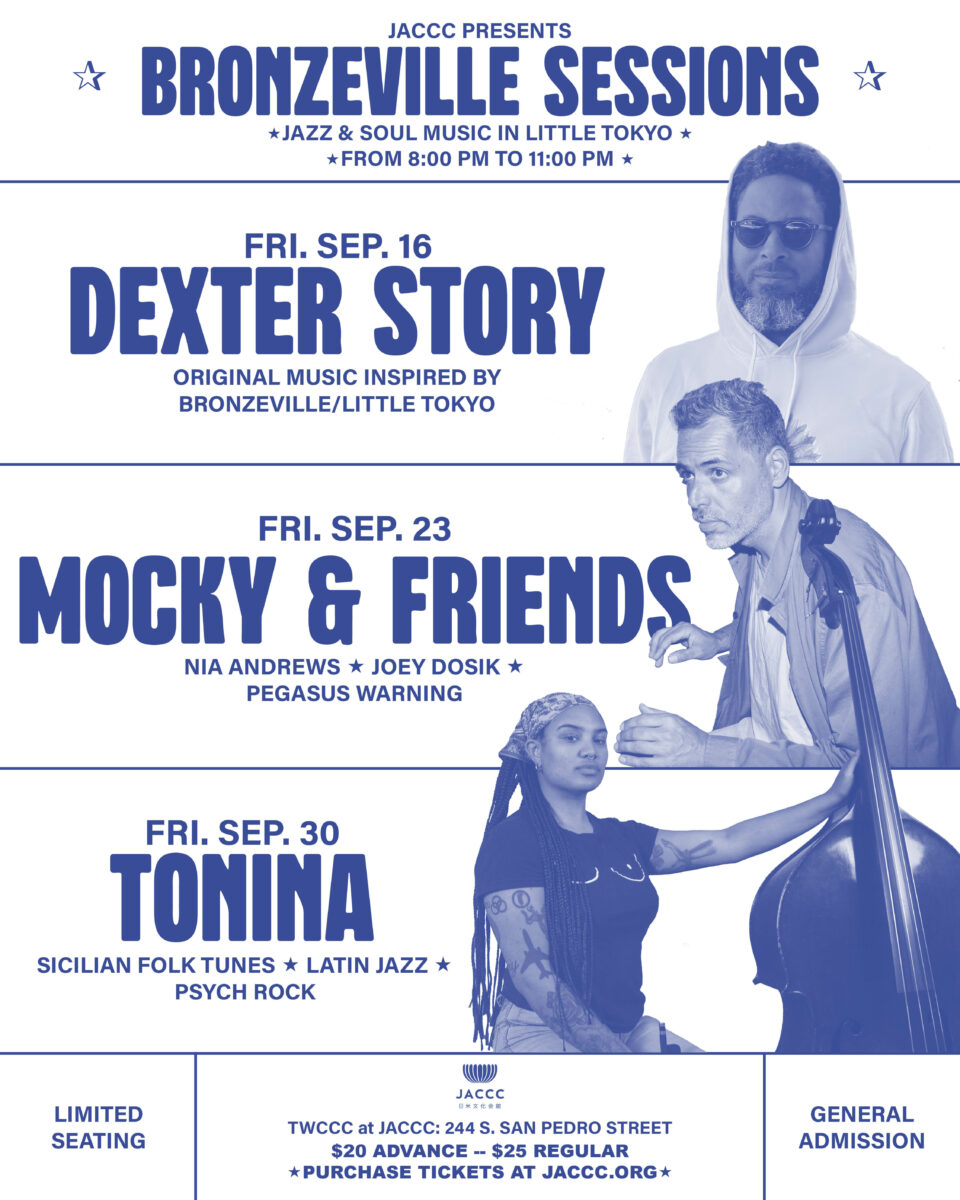 Bronzeville Sessions is a concert series inspired by the late-night “breakfast clubs” of the Bronzeville era in Little Tokyo.

Bronzeville in downtown Los Angeles existed for about three short years in the 1940s. The area known as Little Tokyo transformed into the African American enclave of Bronzeville during World War II after Japanese Americans were evicted from their West Coast homes and placed into United States concentration camps. Bronzeville had an active nightlife, which included nightclubs known as “breakfast clubs,” because they stayed open all night until breakfast time.

Notice: COVID-19 safety protocols are observed per the L.A. County Health Department. Face masks will be required when not actively drinking.

Canadian songwriter, producer, and multi-instrumentalist Dominic "Mocky" Salole, is known for his work on albums by Feist , Jamie Lidell, Kelela, Vulfpeck, and many more.

Tonina is a Los Angeles-based vocalist, bassist and songwriter from St. Louis, Missouri who performs her original music along with her arrangements of covers in Spanish, English, and Italian.

The entrance to the garden is conveniently located on San Pedro Street between 2nd and 3rd streets. Look for the narrow walkway between the JACCC Center Building and the adjacent alley.

$12 parking (rates may vary) is available at Joe's Auto Parks/Sho Tokyo Garage, 350 E 2nd St. Los Angeles, CA 90012. The entrance to Joe’s Auto Parks is on 2nd Street. After parking, walk across the JACCC plaza to the San Pedro Street entrance. Metered parking in Little Tokyo is also available, and free after 8pm.

We will have a cash-free bar with select Japanese whiskey, beer and wine for your enjoyment.