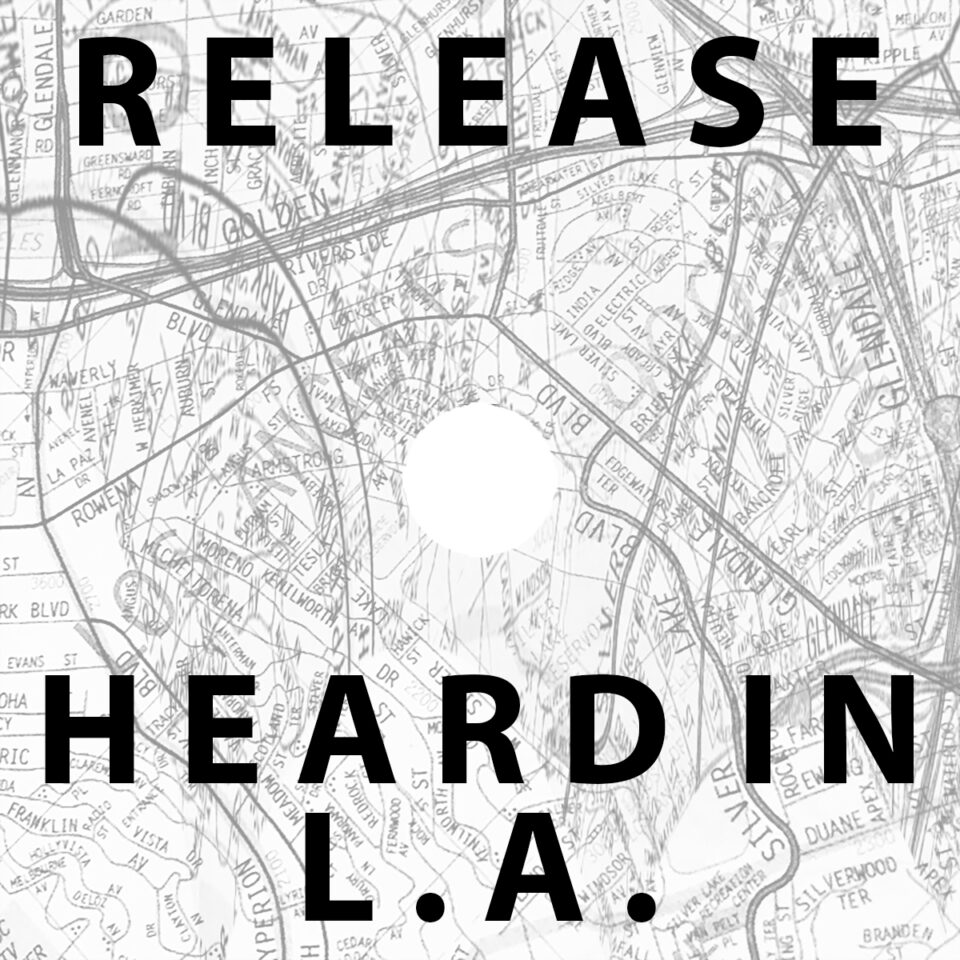 Release: Heard in LA is a continuum of previous online sound projects – The Lament Project (2008), Dry Run (2012), Imagining Tellus 28 - Heard in LA (2017) and Project Scream-Heard in LA (2019) produced by The Center for Integrated Media at the California Institute of the Arts and its web-based curatorial initiative, archive, and virtual studio, viralnet-v4.net. The project is a new collection of audio artworks which will be exhibited online at viralnet-v4.net starting June 1, 2022. The work will also be exhibited as an assembly of laser printed QR codes, printed on bamboo panels and “planted” in the James Irvine Japanese Garden of the Japanese American Community Cultural Center on May 28, 2022, 10am-4pm.

These sound projects grew from the desire to expand the critical and conceptual understanding of sound as a countercultural alternative to pop culture and contemporary media. This new viralnet-v4 project is built upon an ongoing collaborative impulse through the diverse assembly of emerging and underrepresented transdisciplinary artists.

The artists are current and former residents from the Los Angeles region, responding to the word “Release.” We chose the word “Release” as a play on the word for “dropping” a new recording, juxtaposed with the aspiration that we can be released from the restrictions of our current crises into a post-future consisting of meaningful networked relationships, ecological sustainability, and mutual socio-economic justice. However, the title and responses are not meant to be a direct correlation to the Covid-19 virus or other current issues–– instead, the artists were asked to create works that were based on their personal
interpretations of the word and as a means to interrupt our habitual patterns of listening.